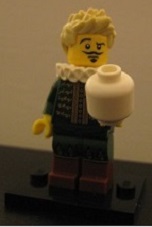 This is the King, the ruler of the Dance Kingdom. A benevolent Lord who enjoys dancing and provides the governance that makes the kingdom run smoothly. His favorite dance is the Hustle, because he thinks it is the manliest of dances that allows him to look macho while whipping his female dance partners around.

The Princess is a fairy tale brought to life – birds probably join in on the chorus with her when she sings. Perpetually tan and full of good will and energy, she has a passion and an enthusiasm for the well-being of her dancing subjects that makes Snow White seem callous. She always seems to revel in the glamorous life that being a member of the nobility entails.

Sir Steven is the Dance Lord I met the first day I walked through the door of the Land of the Loft, and is also who inspired me to continue learning to dance for this long. After departing the Land of the Loft, he taught as a freelance instructor for a while before becoming a partner at the Fancy Dance Hall. My hope is that one day I can become a good enough dancer to make him proud.

This is Lord Dormamu. He is the man in charge of the Fancy Dance Hall, and an internationally famous dancer and coach who is very well known in the ballroom dancing world. He is also Sir Steven’s primary instructor. For some reason, he sees potential in me to be a high-level competitive dancer, so I’ve started taking lessons with him to work on that. 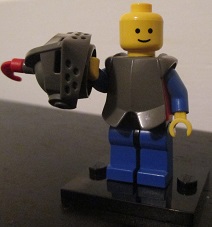 Lord Junior is the man who reigns over the Electric Dance Hall, which is the closest dance studio to where I live. He started out teaching dance about twenty years ago at one of those rather famous franchise locations in his hometown. Currently he is studying to earn dance instructor certifications to prove to everyone how much he knows.

Lord Fabulous is an instructor that I took several lessons from for a while when I was still primarily learning at the Land of the Loft. Along with his husband Lord Scarry, he has since gone on to become an independent instructor, selling his wares around the Dance Kingdom wherever he finds dancers in need. I sometimes see him teaching at the Electric Dance Hall.

Lord Scarry is Lord Fabulous’ husband and a fellow dance instructor. He used to be the man in charge of the Great Dance Hall by the Lake, but has become an independent agent in the Dance Kingdom with Lord Fabulous. I sometimes run into him teaching over at the Electric Dance Hall as well.Other Dance Kingdom Peasants 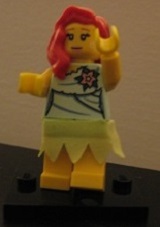 Bony! She is someone who goes on a lot of the dance field trips that all of us from the Land of the Loft take, sometimes even doing all the work to wrangle everyone up to ensure they get to the right place at the right time. I tell her that she’s my hero a lot. I don’t really know why, I just do.

This is President Porpoise. He is a very important man who leads a ballroom dancing club around the Dance Kingdom. He is also a prominent dance host, working the floor at every dance party where I see him to make sure all the ladies are having a good time. If you plan on holding a dance party, he is a great man to have on your on-call list. 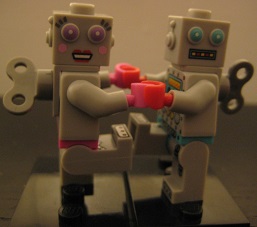 The Robots are a pair of dancing machines! They go to a lot of our dance field trips, and they just dance tirelessly, at least until they need to be wound up again. People say their movements look stiff compared to other dancers, but really… they’re robots. Give them a break.

The Heartbreak Kid is someone who started dancing to learn a skill that would make him more of a well-rounded man in life, much like the time he decided to take classes on metalworking. He has since fallen in love with the sport, and hopes to one day find a romantic partner he can share his dance passion with.

Veep is a student that I run into frequently. She often attends the same group classes that I do during the week, and I can often find her at the Electric Dance Hall taking lessons with Lord Junior or practicing by herself. She is also a member of the same Royal Dance Court group that I am, so I get to see her whenever we have meetings to discuss dance politics.

One thought on “Cast Of Characters”