When I finally recovered from being sick, I was glad that there was a lot of dance activity going on to help me get back into the swing of things. Nothing helps a person come back from feeling like death quite like dancing, right? Friday night I went to the last American Tango class of the month. We had one extra person join us in the class for the night – a relatively new male dancer who we’ll call Abracadaniel. This was his third dance class ever, having only previously gone to a couple of Salsa classes at the Electric Dance Hall earlier in the month. He had looked at the schedule and thought that Tango sounded like fun, so he decided to show up. Sir Steven kept the things we went over in class pretty simple so as not to overwhelm Abracadaniel. We started by reviewing the Open Reverse Turn, which we had used in all the other weeks of Tango that I had attended previously this month. This week though, we went over variations on the ending of the Open Reverse Turn so that we didn’t always have to do the same thing every time. The two variations that we looked at were the Double Corte and the Right-Side Fans. We spent a fair amount of time working on mixing the variations to practice leading and following. It got a bit ridiculous, since some of the ladies liked to pick one of the variations they wanted to do before the gentlemen actually did anything to lead one or the other, so things got mixed up quite a bit.

Saturday the Electric Dance Hall was celebrating their anniversary of opening, so they had all kinds of things scheduled. (As a side note: I saw on the list of things going on in the Dance Kingdom this past weekend that several dance halls were also celebrating their anniversaries this past weekend, and that leads me to believe that March is a good month for opening a dance hall). During the afternoon, Lord Junior was holding three different workshops open to dancers of all levels, and letting people come to them for free. Those of us who were at the Tango class the night before had convinced Abracadaniel to come back and join us for the afternoon. Most of us see new male dancers as being something to encourage as much as possible, so we thought that getting him to come and hang out with us for the day might help convince him to stick around. I was a bit worried that having him jump into a bunch of different dance styles he had never seen before all in one afternoon might be a little overwhelming for him, but he seemed to keep up with what was going on fairly well, and he told us all that he was having fun when we asked him. Based on that, I’m starting to think that he does have the gumption to stick with dancing for a while.

The workshops were held one right after the other, so it was a long haul for some people to get through all three. We started the day with Cha-Cha. This workshop we specifically worked on forward and back Lock Steps, both the single Lock and the Progressive (Triple) Lock Step with and without a partner. The second workshop was Waltz. Lord Junior went through the Natural Rotation in class. His reasoning was that in any other basic Waltz class that is given, usually people start off with the Reverse Rotation, because it is the easier of the two. The Natural Rotation has the added difficulty of forcing ladies to fight to keep offset with their partner as they are rotating in a direction that attempts to negate that offset position. Lord Junior had two of his students in class, these two young girls (they were less than ten years old each), and after the Waltz class was over

he had them both come to the middle and demonstrate their Silver-level Waltz routines for everyone. Both of them have only been dancing about a year, and they are so young, and they are already competing in Silver! I guess I started dancing when I was way too old to achieve that kind of progress. The girls had rotated through during the Waltz workshop, so I got to dance with both of them a couple of times. I couldn’t put my right arm all the way around them on their shoulder because of how much shorter they were than me, so I ended up putting it on the back of their arm instead. I have no idea how Lord Junior (who is way taller than me) dances with them comfortably. When we got done with Waltz, the third class of the day was Rumba. Since most new people have never danced for hours on end, a lot of the people who had come to the previous classes in the day took off, so the Rumba class was the smallest group. Since there were less of us, we got to work through putting together an actual pattern of figures rather than just one specific figure like the previous two classes. The pattern was a strange hybrid of American style and International style, and Lord Junior said that he would only recommend using the pattern during a social dance, not for competition. Something about getting bad marks if you would combine the two styles in front of a judge, you know?

Later in the evening, they held a dance party at the Electric Dance Hall to finish out the celebration. Before the party started, Lord Junior gave another short class, because “someone asked him to” prior to the party, and this class went over the Waltz again. It was a very short class, so we only covered two figures out of the pattern he wanted to do: the Natural Rotation (just like in the workshop) going into an Open Impetus. Lord Junior generally only teaches International Waltz, hence the Impetus. People who had never seen the Impetus turn before, either because they were new dancers or because they had only ever done American Waltz before, struggled to get that figure right. Lord Junior had planned on also doing the Basic Weave in Waltz after the Impetus, but we as a class never got there. After we wrapped up, they turned us loose to dance for the night. I spent a lot of time that night talking with HotDog, Abracadaniel and Points about things, and dancing around for fun. Abracadaniel and HotDog really seemed to get to be fast friends that night, and HotDog was having a good time showing off everything he knew for Abracadaniel to learn from (which wasn’t really a lot). Points seemed to be having a bad evening when she showed up, but since I’m a guy I didn’t really get to know about what was going on with her. Around ten o’clock Lord Junior had his lovely assistant pull and read numbers for the raffle that they were holding that evening. Somehow, both Sparkledancer and I were

called, which I thought was funny. One of us won unlimited free group classes for the month of April, and the other won a free coaching session with Lord Junior. After the drawing was over, we went and congratulated each other and talked about things. Neither of us really had time to go to more group classes during the week, so we went and asked Lord Junior if we could give that to someone else and then take the coaching session with him together, instead of just having the one of us who won it taking it alone. He said that would be fine, since he would love to work with the both of us together anyway, so Sparkledancer gave the free class card to Points to try to cheer her up after her rough start to the evening. It totally worked, and she said she would go to every class offered during the month, including the Latin Technique class she had never even considered going to before. See, that must be proof that dancing can improve everything!

The last thing worth mentioning that went on this week was my coaching session with Sir Steven and Sparkledancer. While I was out, Sparkledancer met up with Sir Steven alone, and they fleshed out the whole of our Pasodoble showcase routine without me. So, once I was there with the two of them, they began to show it to me. The best way to describe the way the routine runs is that we are moving up and down the middle line of the floor when we dance together, and we split apart and do a number of synchronized movements on either side of the middle line quite frequently. All of this is done with the idea that the majority of the audience will be seated along one wall that is on the left side of the room as you enter the White Dance Hall, which is the venue this event will be held in, so what we do will be choreographed with that side as the best viewing angle. The big thing we started discussing was the change to the lift that Sir Steven wants us to do. If you remember, I mentioned a couple of weeks ago what the original plan was (I remember, so I’m bringing it up). Well, the basic idea of the actual lift is the same, where I will be hooking my arms under her armpits and pivoting around while she has her legs up, but Sir Steven really wants to change how we get into that… configuration. When we first practiced it, Sparkledancer was opened up parallel with me on my right-hand side, and I was rolling her in and essentially picking her up off the ground before starting to pivot while holding her. I guess Sir Steven thought that this wasn’t athletic enough to make for a good show, so now near the end of the routine I will do a fancier turn with her to open her up to my right like before, except holding her with my left hand, and then I will turn her back in toward me and spin her out toward the front where the audience is, and then take several steps back away from her. Then she will be walking toward me (but in time with the music, so it’s more like running toward me), then just before she gets to me she will be pivoting 180° and then leaping into my arms so that we can start pivoting. So, now this lift has become slightly terrifying. I know Sparkledancer said she trusts me, but one false move and she really ends up hitting the ground, and with some momentum behind her. Maybe I should have her come over to my place so we can practice with some pillows or something on the ground in front of me, just in case. You know, just until we get the move down solid, and then we can go back to doing it on a hard wood floor. 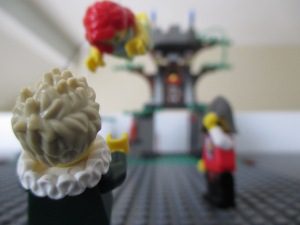 When you work on showcase choreography, do you ever wonder why you thought performing was a good idea in the first place? I’m starting to wonder that now. Hopefully I can get this all worked out before the performance.

One thought on “One Skip Ahead Of My Doom”