This week has been productive. My dance partner and I have continued working with Sir Steven to finalize our routines for September. Saturday we put together our West Coast Swing and Bolero routines and added a 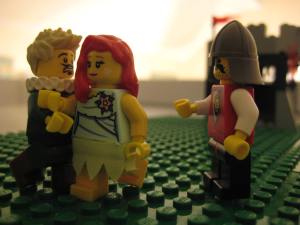 few more pieces to the East Coast Swing routine. With those two completed, all that’s left is to finish up East Coast Swing, and all the routines Sparkledancer and I will be doing together are done. It’s kind of funny that East Coast Swing is the last one to get completed. When we originally started working on things after the Spring Fling, the steps for East Coast Swing were the first things we started to learn, yet it’s the last dance we actually will be finishing. I am hoping that by the end of this coming weekend, we will have all those routines completed so that all we have to do is review them for the next month before actually performing.

This coming Saturday, right after finishing up our lesson with Sir Steven, we also scheduled a time to work with Lady Q to start learning the alternate routines that I will be dancing with her, and Sparkledancer will be dancing with Sir Steven. So there’s a good chance I could have a lot of things to practice after this weekend is all over. Some nights, as I think about what I’m supposed to be working on, or when I get to the studio early to work on things with Sparkledancer, it’s hard to decide what needs the most work in the short amount of time available each day. I’m sure some of you are thinking “Wow, this guy should just suck it up; it’s only 15 different routines. There should be no problem.” Well, I will try. Just for you. This feels like a lot of routines to perfect in a short amount of time. Maybe I will look back on this in the future after I have been doing it a few more years and think about how easy I have it now. Today when I look at it though, it feels a bit overwhelming. This is one of those moments when I just need to remember to do my best and forget the rest. I have no illusions that it’s all going to be perfect. If I can do above average though, I will feel like a champion.

There’s been a little bit of dramatic excitement brewing about the Land Of The Loft lately. For the upcoming competition, both Young Dave and The Heartbreak Kid have been trying to find an alternate partner to do half their heats with. This week, it seems they have both set their sights on the same girl: Yessie. They both have been trying really hard to vie for her attention this week, and both have asked her if she was interested in participating in the competition with them. As we stood outside after Tuesday dance fitness class talking in the parking lot, the ladies from the studio who I normally associate with were talking about how Yessie doesn’t really talk to anyone who isn’t male, so none of them had been able to get any information from her about what she’s going to do. Just as they were talking about her, Yessie and The Heartbreak Kid came out of the building. Since I wasn’t female, I figured that if they all wanted to know what she was going to do, I would have to be the one to ask. I called both of them over to join us in our little parking lot circle and asked her about the rumor that she was going to compete with us. She laughed and said that Lord Fabulous told her that, in order to dance with the two boys, she would also have to sign up to do some heats of her own. She works as a waitress at some restaurant, so she didn’t think she could come up with the money to sign up for the competition unless her parents would be nice enough to give it to her. She was hopeful, but didn’t want to make any promises to the gentlemen before discussing it with her parents.

As she discussed this with me, Young Dave also came out of the building. When he saw us all standing there, he saddled over and tried to awkwardly jump into our conversations, but everyone sort of just stopped talking once he showed up. You could see the look on the face of The Heartbreak Kid – if he had had laser eyes like Superman, I think Young Dave might have had his hair set on fire. There is a rivalry brewing that seems to be becoming pretty apparent. During the dance fitness class, every time there was a break when they would start the song over, Young Dave would move over to stand near Yessie again. 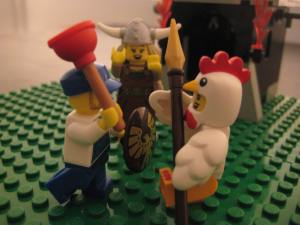 Here in the circle where we were talking, when Young Dave joined the crowd, The Heartbreak Kid (who was already standing next to Yessie) inched over closer to her. I got the feeling that if the rest of us hadn’t been standing there, the two boys would have started fighting each other to win her favor and secure their spot as the person she would choose to compete with. Ah, the crazy things that young college girls make young men do with their love games…

(Note: I’m not that old. I totally understand. Five years ago, I probably would do similar things if I were in this position. Now that I’m 30 though, I am totally more refined.)